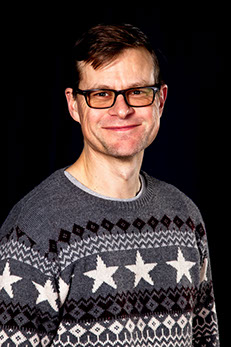 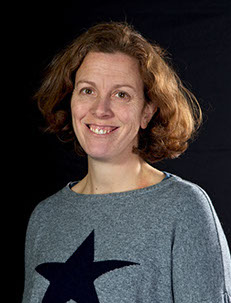 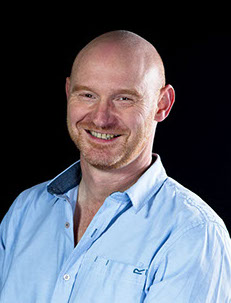 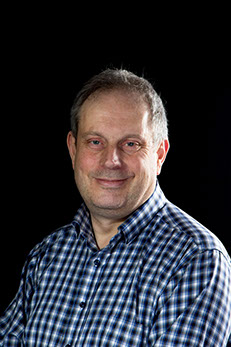 David is a  writer, producer and director with a career straddling theatre, film and television. Originally from Lichfield in Staffordshire, he began his career working with iconic film director Derek Jarman on the movies Wittgenstein and Blue.

In 1993, he wrote the thirtieth anniversary Doctor Who story Dimensions In Time, that featured all of the then-living Doctors. He later wrote the Official Schools’ version of We Will Rock You adapted from Ben Elton’s original stage show. David is known more locally for having been the manager of two theatres - the New Elgiva and the Wycombe Swan. In theatre, he directed numerous pantomimes and musicals before finally joining the BBC. In the various guises of either script editor, producer or director, David has worked on shows such as Doctor Who, Coronation Street, Casualty, Doctors, Holby City and EastEnders.

David has most recently been directing in Dublin on the Irish police drama series Red Rock. He is delighted to be back in the saddle of a show in Chesham - and absolutely over the moon to be working with such a brilliant team.

Steve has worked on a number of productions with David Mansell over the years, from Stage Managing Pantomimes at the Elgiva to being first assistant director on two of David’s films: Beginners Please, filmed in and around Ealing Studios and The Resurrectionist filmed on location in Cornwall, both starring Guy Siner. It is a real pleasure to be working with David and Guy again.

Steve has been working on theatrical productions locally since 1997 both in the limelight and on the darkside, including lighting, crew and then Stage Manager for local groups and The Elgiva Theatre 2002 through to 2004.

From 2009 to 2014 Steve was living and working in Southern France. Whilst there, he became Artistic Director for the Secret Panto Society in Toulouse, where he designed the set and led the painting for Beauty and the Beast 2013 and Jack and the Beanstalk 2014, having been on the construction and painting teams for Aladdin in 2012.

Carole is delighted to be part of the Voice of the Show production team and back performing in Chesham at Christmas. Carole has worked as a rehearsal pianist and musical director on many local shows and began her Christmas career as musical director of the Mountview Academy of Theatre Arts pantomime at Jacksons Lane. She then went on to work with West End singers, TV and Radio stars for the next 11 years on professional panto.

She is director of Pedal Performing Arts, a theatre group for children of all ages, was a workshop leader (singing) for a PDM Entertainments summer school and is currently the musical director for the Spring and Summer Youth Projects at The Swan Theatre. Carole also teaches at the Beacon Prep School for boys in Chesham Bois.

Haydn’s twenty plus years of theatre experience comes from the unusual vantage point of looking up from the pit as a musician. Well, a drummer, let’s not get too carried away!

Haydn turned pro after graduating from Drumtech as the ‘Outstanding Student of the Year’  in 1995. As well as cruises for P&O and touring Europe with a blues band, Haydn played in the pit for well over 100 local theatre shows. Haydn’s West End debut came with the 21st anniversary revival of Snoopy! at the New Players Theatre and he played for the British premier of The Wild Party at the Riverside Studios Hammersmith and with Tim Vine for a series of variety shows at The Bloomsbury Theatre. More recently Haydn did the national tour of Bugle Boy and the international tour of Bohemian Rhapsody starring Jonathan Ansall from G4 and an all West End cast. Before that, Haydn played for The Barron Knights, supported Boy George, wrote for Britain’s biggest drumming magazine, Rhythm, and taught at degree level for Drumtech (now called BIMM London).

It has certainly been a steep learning curve being a producer for A Christmas Carol, alongside teaching the drums locally and working for the county’s busiest function band (The Choice) it is definitely still a work in progress!