Voice of the Show Production Team 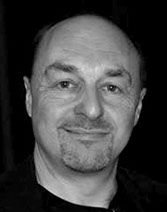 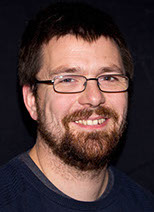 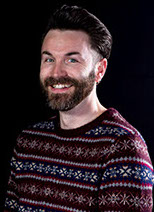 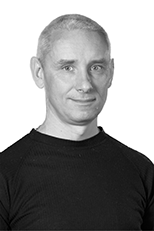 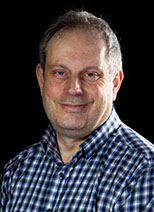 Steve has worked on a number of productions with David Mansell over the years, from Stage Managing Pantomimes at the Elgiva to being first assistant director on two of David’s films: Beginners Please, filmed in and around Ealing Studios and The Resurrectionist filmed on location in Cornwall, both starring Guy Siner. It is a real pleasure to be working with David and Guy again.

Steve has been working on theatrical productions locally since 1997 both in the limelight and on the darkside, including lighting, crew and then Stage Manager for local groups and The Elgiva Theatre 2002 through to 2004.

From 2009 to 2014 Steve was living and working in Southern France. Whilst there, he became Artistic Director for the Secret Panto Society in Toulouse, where he designed the set and led the painting for Beauty and the Beast 2013 and Jack and the Beanstalk 2014, having been on the construction and painting teams for Aladdin in 2012.

Phil is delighted to be back at the Little Theatre by the Park having designed Voice of the Show’s acclaimed A Christmas Carol last year.

Phil is also Resident Creative Designer at the Colour House Children’s Theatre, Merton Abbey Mills, and is proud to be an Associate Artist with Faith Drama Productions. Most recently, he has devised, designed and built the magical Christmas Grotto at the World’s End Garden Centre near Aylesbury.

Michael is pleased to have been asked to compose the songs for Pinocchio following the success of last year’s production of A Christmas Carol. Although still fairly new to composing for the stage, Michael has been involved with musical theatre for most of his life.

He has performed in many musicals, most recently playing Adam/Felicia in Priscilla Queen of the Desert. Other theatre credits include Tulsa is Gypsy, Jack in Into the Woods, Simon Zealotes in Jesus Christ Superstar, Man in Side by Side by Sondheim, George in The Wedding Singer, Anthony Hope in Sweeney Todd and Leo Bloom in the Producers.

Michael is again very excited to be involved in another fantastic production, working with such a talented team and hopes very much that you enjoy the performance.