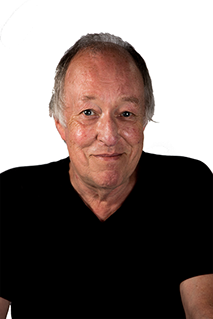 GUY SINER is known the world over for his portrayal of Lieutenant Gruber, one of the original and enduring characters of over 90 episodes of ’Allo ’Allo! which is one of the most successful comedy series the B.B.C. has ever produced and is still shown in more than 80 countries.

Guy was born in Manhattan to an American father and an English mother, educated in England and trained for the stage at the Webber Douglas Academy in London where he won the Rodney Millington Award for his performance as The Emcee in Cabaret. In a career of some 30 years he has become a household name in the U.K. both in theatre and television. Guy made his first London appearance in the highly acclaimed Cowardy Custard at the Mermaid Theatre. Other London credits include Off the Peg, Nickleby and Me, Toad of Toad Hall, The Frogs, Wealth, The Biograph Girl and Don’t Dress for Dinner. He has also appeared several times in cabaret at The Ritz. He has worked with many of the leading English repertory companies including Coventry, Leicester, Brighton, Windsor, Oxford and The Bristol Old Vic, and did six major tours with Jonathan Lynn’s Cambridge Theatre Company in a repertoire mainly of the classics including The Master Builder, The Relapse, An Inspector Calls and Uncle Vanya. He twice toured Australia with the stage show of ’Allo ’Allo which also enjoyed a record-breaking U.K. tour and long West End runs both at the Prince of Wales and the London Palladium.

Films include The Disappearance of Kevin Johnson, Great Harry and Jane, Lost Highway (written and directed by David Lynch), Leprechaun 4, Bug, Return to the Secret Garden, The Second Front (with Todd Field), Megiddo (with Michael York), Vlad (with Billy Zane), Provoked, The Resurrectionist (winner of the Cornwall Film Festival), Pirates of the Caribbean (with Johnny Depp and Geoffrey Rush), and Ironclad (with Paul Giamatti and Derek Jacobi).

In recent years Guy has spent much of his time working in the film industry in London and Los Angeles but is now based in London where he juggles two careers - actor and writer/producer and with his producing partner David Mansell he has a new British film in development. 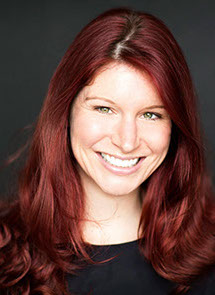 Suzanne has numerous screen credits, playing lead and supporting roles in a host of independent films. Most recently she was awarded ‘Best Female Actor’ at the Monaco International Film Festival/Angel Film Awards 2016 for her role as a nun, Sister Eliza in the feature film Oh My God . She was previously recognised by the jury, led by Director Roland Joffe, at said-same festival in 2013 with a ‘Best Ensemble Cast’ award for the short A Life Like Mine, in which she co-starred alongside Scott Wright of Coronation Street fame. 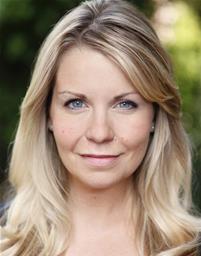 Catherine has had a love of performing from a very early age, making her theatrical debut at the age of 4. Her recent theatrical credits include: Bakers Wife, Into The Woods for Reveal Theatre Company; Bernie, What’s All The Fuss About? for RH Productions; The Enchantress, Beauty and The Beast for Reveal Theatre Company; Susannah, The Herbal Bed for The Rep Productions and Marjorie, One Show More for RH Productions. Recent television credits include the Vicar in Hollyoaks, Foreman of the Jury in Emmerdale, Spa receptionist in Coronation St and Waitress in Our Girl.

Catherine has co-written two musicals and one play which have been successfully staged and published, and are now licensed for performance. Their new musical Up On The Roof is being staged in October 2017. She is the co-founder of The Seven Academy which trains young people in television and film acting. 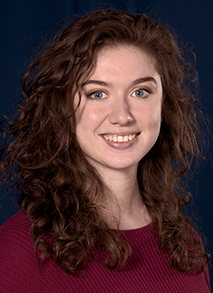 Celeste trained at Rose Bruford College of Theatre and Performance as an Actor Musician. She is incredibly excited to be appearing in A Christmas Carol! Theatre credits include: Janey in The Cane (Bush Theatre); Old Ma Strong in Urinetown (Stratford Circus); Logainne Schwartzandgrubenierre The 25th Annual Putnam County Spelling Bee (Syzygy Theatre), which she also directed; Jessica in The Merchant of Venice and Attempts on Her Life (Rose Bruford).

Celeste would like to thank her friends and family for their unwavering, unconditional and unparalleled support. She really hopes she’s not going to fall over something… 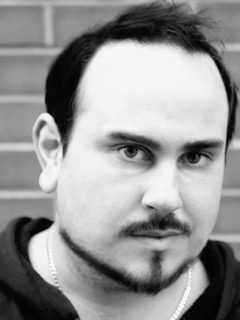 Matthew Dye is an Actor, Writer and Director. He is also Vice Principal at the Pauline Quirke Academy in Amersham. Most recently Matthew could be seen as Ben in the Water aid Commercial and Sci-fi-guy for Nectar card. Credits include Bernie in Atlas; Dr Clark in Philip; John in The Valley; Judge Brack in Hedda Gabler; Robert in Betrayal; Ray in Blackbird; Frank in The Woman Before; Iago in Othello and Macduffin Macbeth.

Face in the Crowd, a play directed by Matthew, was nominated for a Best Ensemble Award for acting excellence by The Stage in Edinburgh. 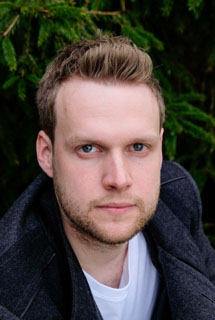 Liam most recently has played Charlie in Jungle Adventure, but past credits have included the role of Demitrius in A Midsummer Night's Dream, Judge Turpin in Sweeney Todd the Demon Barber of Fleet Street, and The Man in The River for which he was nominated for the Best Actor In a Play in the South West Curtain up South Awards.

After Receiving a 2:1 BA Hons in Music Theatre from Bucks New Uni Liam went on to complete a Masters at Central School of Speech and Drama with training from people including Derek Barnes and Professor Paul Barker.

Other Theatre Credits include Frier Lawrence in Romeo and Juliet, Clyde Gabriel in Witches of Eastwick, Dandini in Cinderella, Pirelli in Sweeney Todd the Demon Barber of Fleet Street, and Tiger Brown in The Threepenny Opera. Film Credits include Ed in Volunthearoes, Steve in Life After Ted, Man in Pest, Steve in A Matter of Loaf and Death.On Television he has presented Sport in Spotlight win That's Oxfordshire TV and been a member of the This Morning Family of the Week. 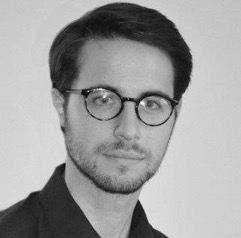 Nicholas impressed the production team with his superb performance as Judas in Jesus Christ Superstar at the The Elgiva Theatre and Cinema, Chesham, last April. Since then he has played Che Guevara in Evita to sell-out houses. Nicholas has been performing in local theatre groups for the past 9 years.

His first experience of performing was with his school jazz band where he played saxophone from the age of 8. Having a passion for music, he also learnt the piano and guitar. Now Nicholas is involved in a variety of plays and musicals.

His previous credits include: Rapunzel’s Prince in Into the Woods; Nicely Nicely Johnson in Guys & Dolls; Frank in Annie Get Your Gun; Cornelius Hackle in Hello! Dolly; Sammy in The Wedding Singer and Bill Calhoun in Kiss me Kate.